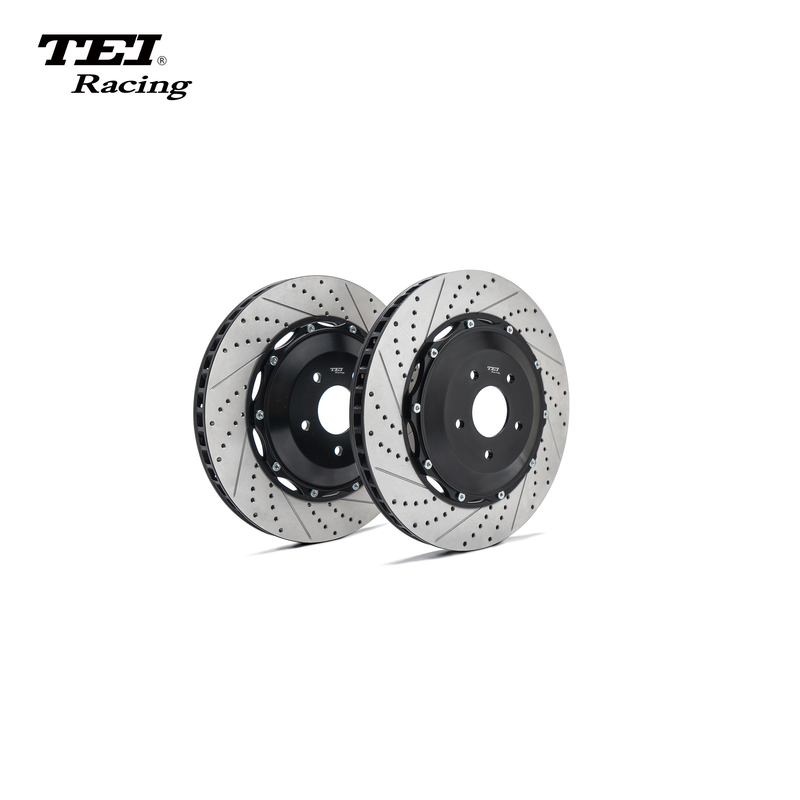 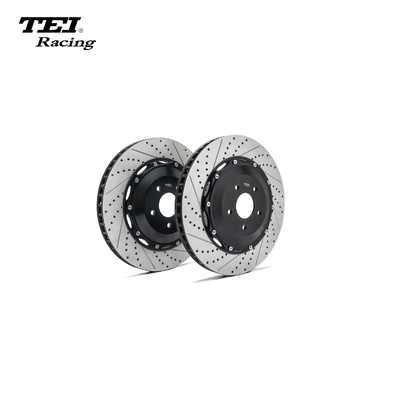 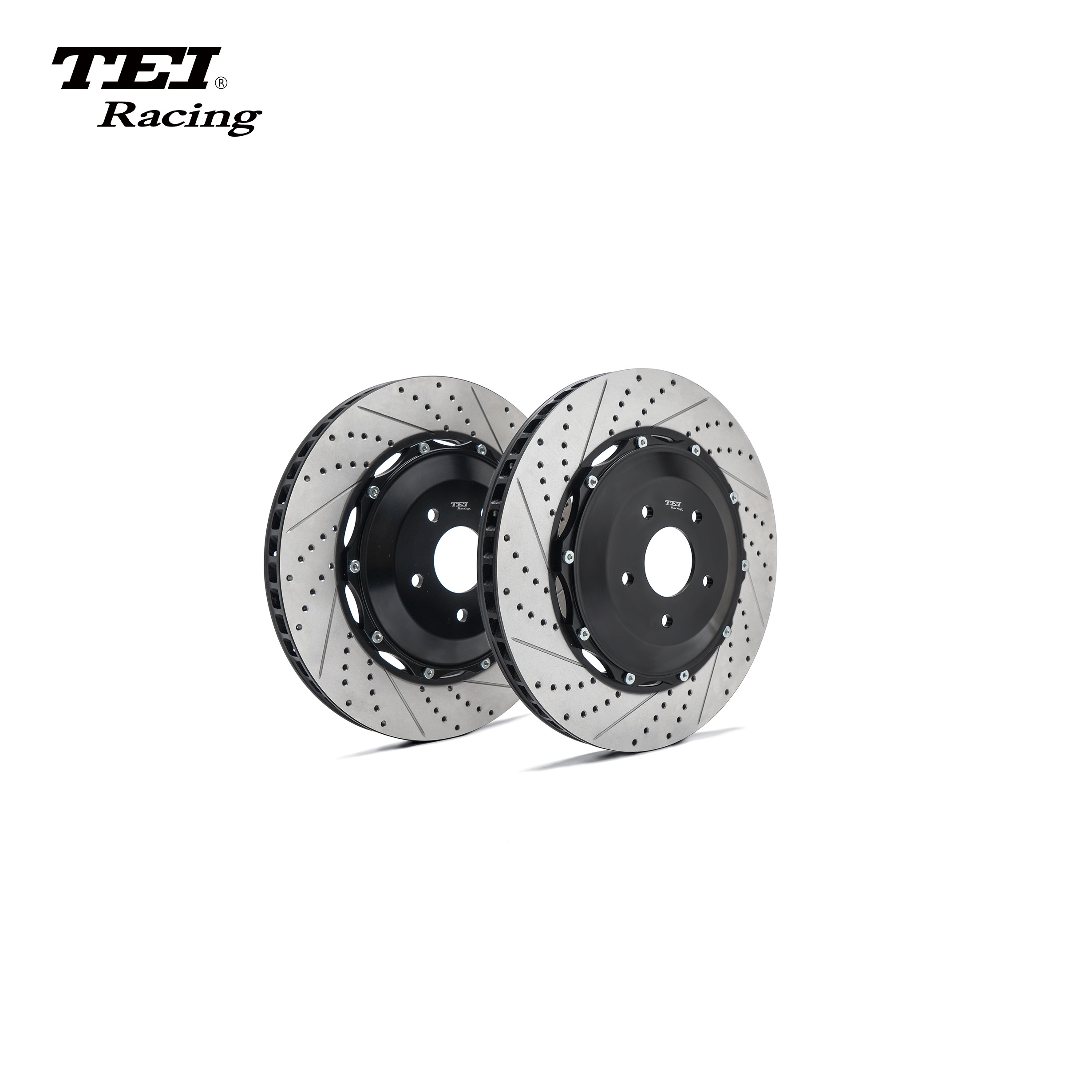 what is one-piece rotor?

Rotor and rotor hat is together.

What is the Split rotor?

The split plate is developed on the basis of the integration plate. The Rotor Hat made of aluminum alloy in the middle is connected to the disc with a bolt.

Advantage
1. The middle connection part of the split plate is material, high strength, lightweight, fast heat dissipation
2. This structure can be replaced with a disc. The Rotor Hat in the middle can not be replaced, which is conducive to the maintenance of the brake kit.

What is the difference from slotted,drilled and drilled and slotted rotor?

The role of drilled rotor is to further increase air liquidity, strengthen heat dissipation effects, lightweight and other characteristics.

In addition to the advantages of drilled discs and slotted discs, it can avoid the lubrication of the water film on rainy days and prevent the brake effect from weakening; on a sunny day, it can reduce the air film produced by the air and improve the brake effect.

The material of the brake disc is based on China's gray cast iron 250 standard, referred to as HT250, which is equivalent to the US G3000 standard. Mechanical performance requirements: tensile strength is greater than 21ON/mm2, and the hardness requirements are between 187-241.

What is high carbon iron rotor